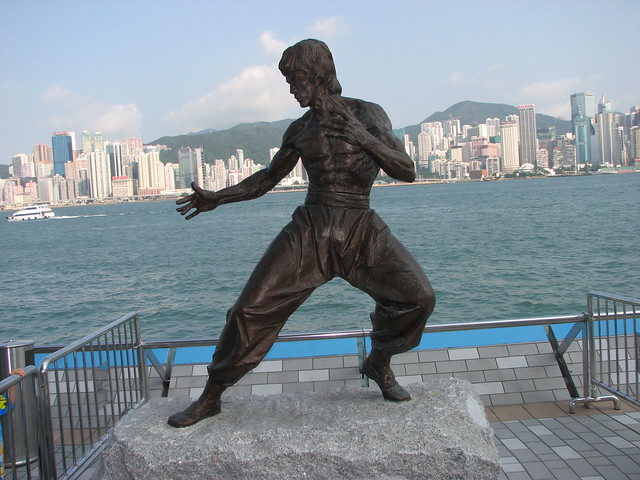 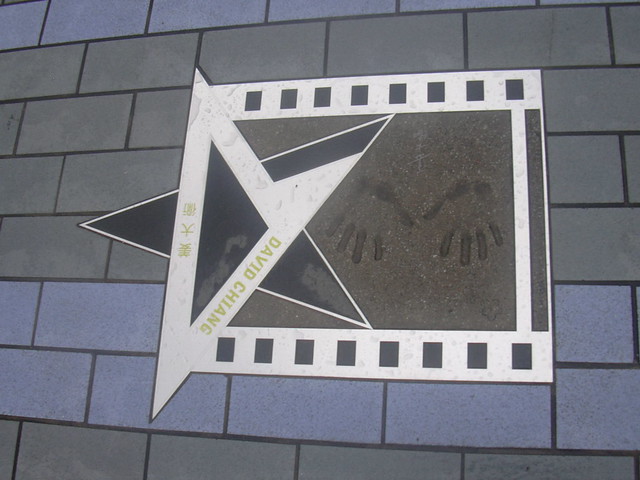 The Hong Kong Avenue of Stars, modelled on the Hollywood Walk of Fame, is located along the Victoria Harbour waterfront in Tsim Sha Tsui, Hong Kong. It honours celebrities of the Hong Kong film industry. We visited last year, (on a very overcast day) but although the place is hyped as a Tourist Attraction, we should not have bothered. While it wasn’t busy or overcrowded with tourists and visitors on the day we popped by, (a rare occurrence apparently) our time would have been much better spent elsewhere.

Unlike the Hollywood Walk of Fame, where my kids had some kind of connection or concept of the names of some of the people and characters on the stars, the Hong Kong Avenue of Stars was totally irrelevant to them and to me too. There was very few statues or stars in place at all, and to me, it just felt like a waterfront wander. Not much different to other waterfront promenades in other cities around the world. It was pleasant enough, but not somewhere I’d be putting on my list of things to do with the kids in Hong Kong. The kids and I agree, we wouldn’t bother.

The only point of interest to Ned other than the Bruce Lee sculpture, (and his opportunity to practice a few Kung-Fu kicks, high-jumps and cartwheels) was the boats on the harbour. He was pretty impressed with the ‘junks’ and so was I. Living history we love.

Sadly for those who like to stroll the waterfront in Hong Kong, the Hong Kong Avenue of Stars was closed on the 8 Oct 2015 for repair, improvement and redevelopment works. Some of the features relating to the Avenue of Stars and Hong Kong movies have been relocated, along with other movie related stuff, to Salisbury Road Podium Garden, temporarily renamed the “Garden of Stars”, and the pedestrian subway under Salisbury Road.

Both of these places can be easily accessed on either side of the East Tsim Sha Tsui MTR Station, temporarily renamed the “Starry Gallery”. Both of these opened on the 15th November and will stay in place until the Avenue of Stars reopens in 2018.

As part of the redevelopment, the Avenue of Stars is being lengthened, and there’s rumours that a number of waterfront restaurants will be added, making HK locals very happy.

Full details of the changes during construction can be found here, including maps of where things have been relocated to. See below for a general guideline.

Exhibition at Garden of Stars includes:

You can still see and hear the Symphony of Lights on Tsim Sha Tsui Promenade in front of HK Cultural Centre and the Museum of Art including the elevated viewing deck (our pick of the top spot for viewing) or from Golden Bauhinia Square in front of the Hong Kong Convention and Exhibition Centre on the other side of the harbour.

If you do happen to pop by this area, there’s a big playground close by.

Thinking about a trip to Hong Kong? Here’s a link to find ALL the information you need to know, in one place.