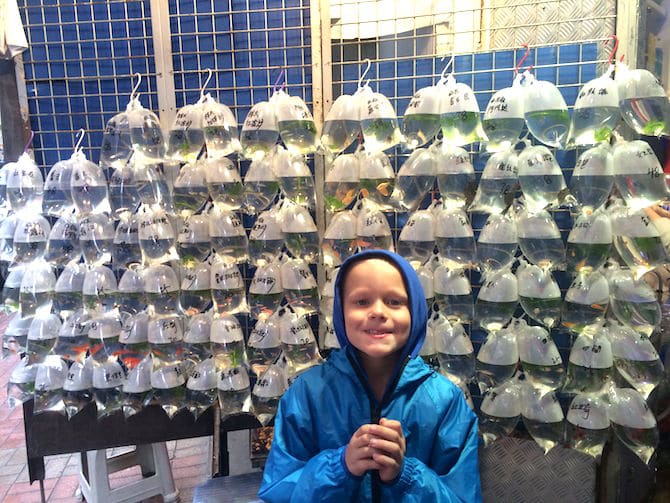 We visited the Hong Kong Goldfish Market – and now Ned wants to take a turtle home! 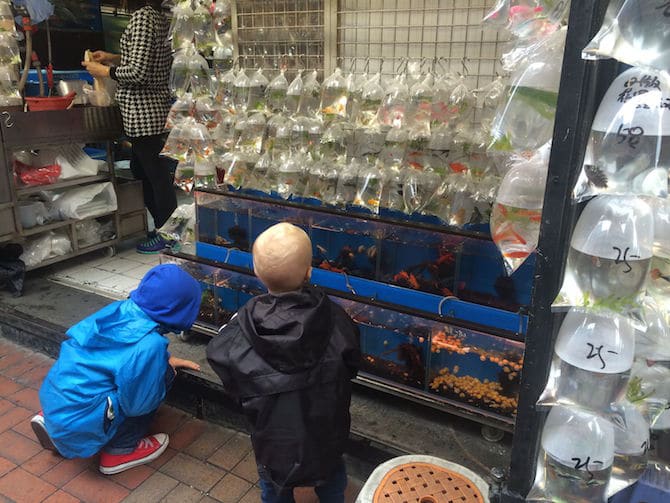 Let me say this. If you have animal-mad kids, you MUST VISIT the Hong Kong Goldfish market.

Did you know it’s NOT just filled with Goldfish?  Ned was given the best surprise of the day when the Goldfish Market turned out to be the Goldfish/Turtle/Lizard/Frog/Iguana market too.

While we weren’t in the market to purchase any goldfish, tropical fish, or iguanas that day, Ned would say this place was better than the zoo.  So many things to look at, and study, and observe. He might have had a few tears** and a mini tantrum when I told him we couldn’t take a baby turtle home.

(** those tears must never be mentioned!)

Jack also thought all these fish and fishtanks were the best thing since sliced bread!  His giggles at the funny things he was seeing was an icebreaker for many of the shopkeepers who couldn’t help but laugh along. (Hot tip: BYO toddler) 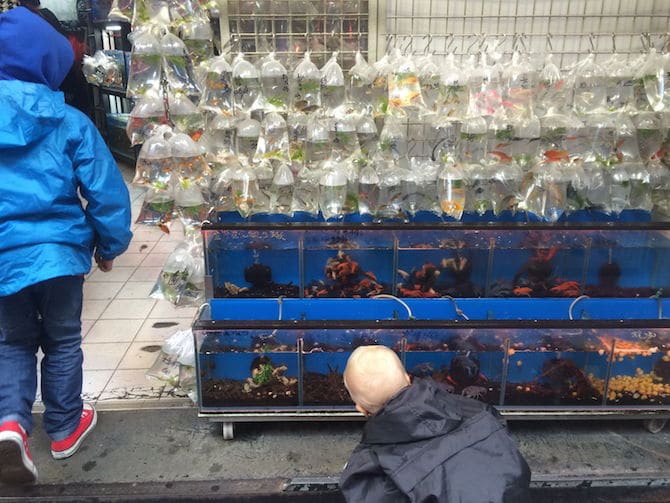 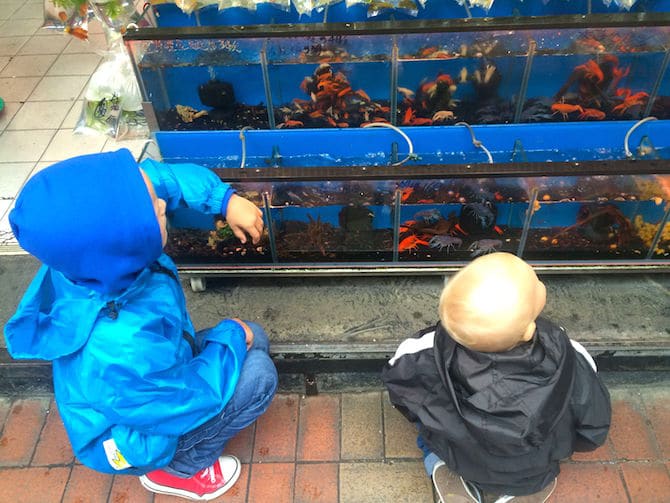 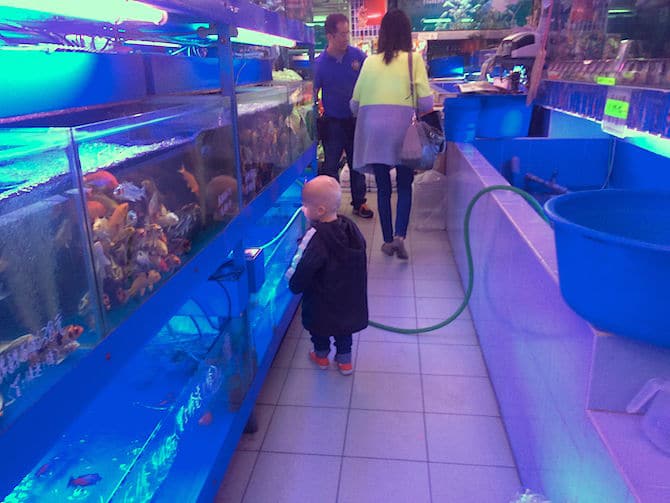 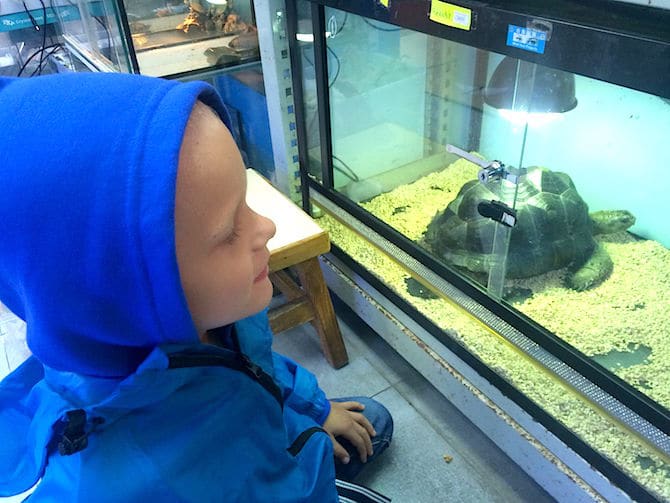 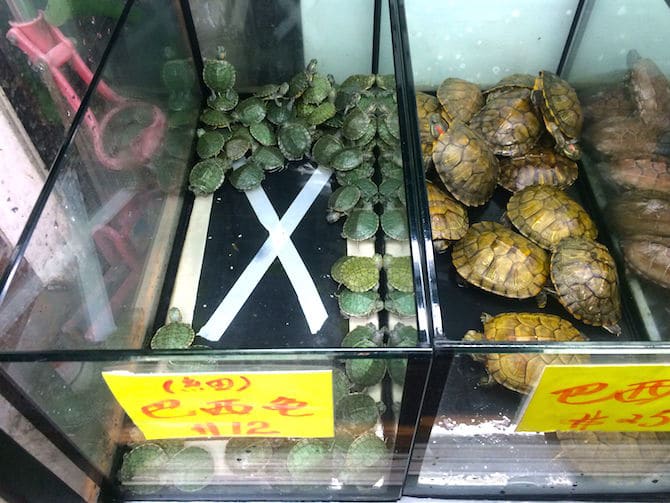 The Goldfish Market starts just a few shops along the road after you leave the bridge.

Most shops in the Goldfish Market area of Tong Choi Street, Mongkok, open in the mid morning time, around 10:00 or 10:30am and stay open until 8pm-ish.  The street itself is quite quiet at this time as most visitors do not arrive until later. Visiting after dark is impressive too – the lights change the whole look and feel of the place. 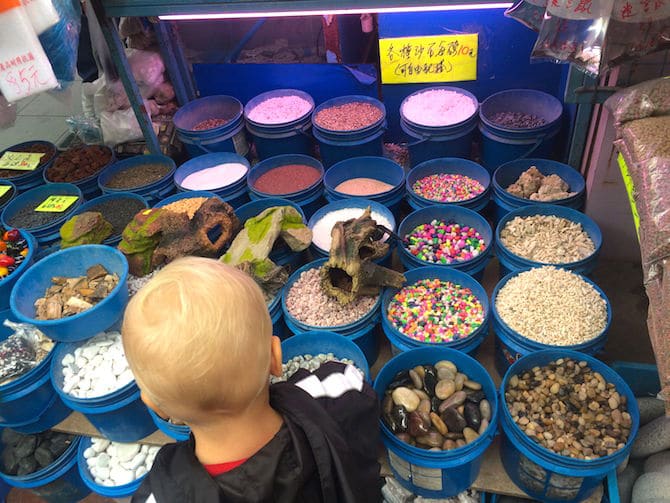 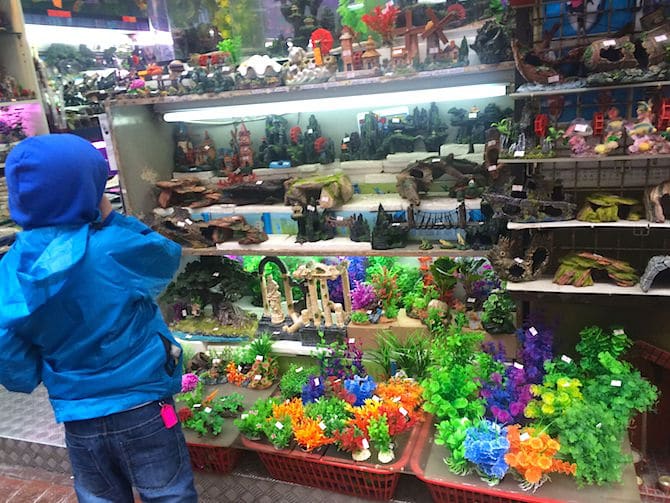 Our Top Tips for the Hong Kong Goldfish Market

Thinking about a family trip to Hong Kong? Here’s a link to find ALL the information you need to know about getting around.