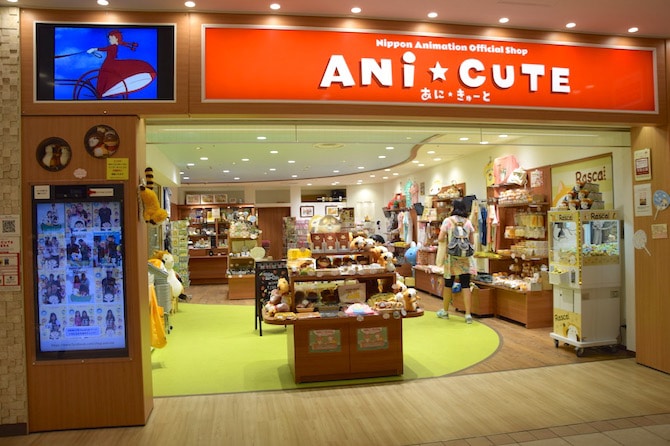 INSIDE: The Best Shop to visit in Japan for Japanese Cartoon Character Toys. Updated 2019.

Nameko and Rascal are two Japanese cartoon characters that are much-loved by kids all over Japan but, unlike Hello Kitty or Little Twin Stars or other manga characters, they are unknown in rest of the world.

Located on the 2nd floor at Shop 15, you can’t miss Ani*Cute Nippon Animation Official Shop because there’s heaps of kids milling about.

Nippon Animation store is close to the Tokyo Pokemon shop too, down the right of the mall as you head out of Namco Namja Town amusement park.

Even if you don’t know the Japanese Nippon cartoon characters at all, this kawaii shop has lots to see, and a stash of Japanese plush toys to squeeze. 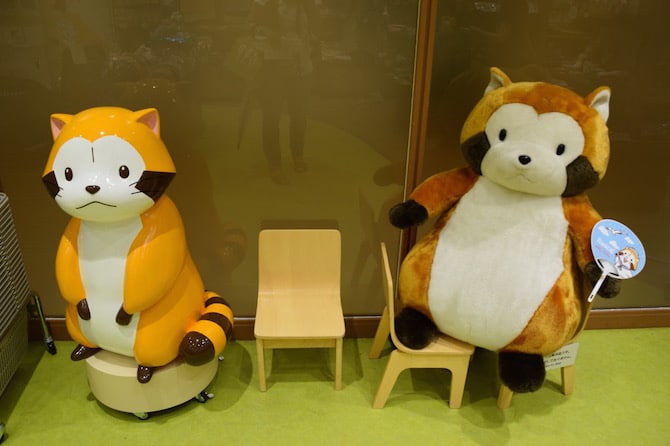 The main characters from Japanese anime cartoons you’ll find here at this Nippon shop are:

Nameko is the now famous cuddly character based on the slightly slimy nameko (or “pholiota nameko” to be exact) variety of mushroom that’s often used in dishes like miso soup.

He was born as a Nippon animation anime character in 2012.

Rascal the Raccoon is a Japanese anime series by Nippon Animation based on the 1963 autobiographical novel, Rascal, Memoir of a Better Era by Sterling North.

The Rascal Nippon animation cartoons are very  popular with young Japanese children, with thousands of views per days. 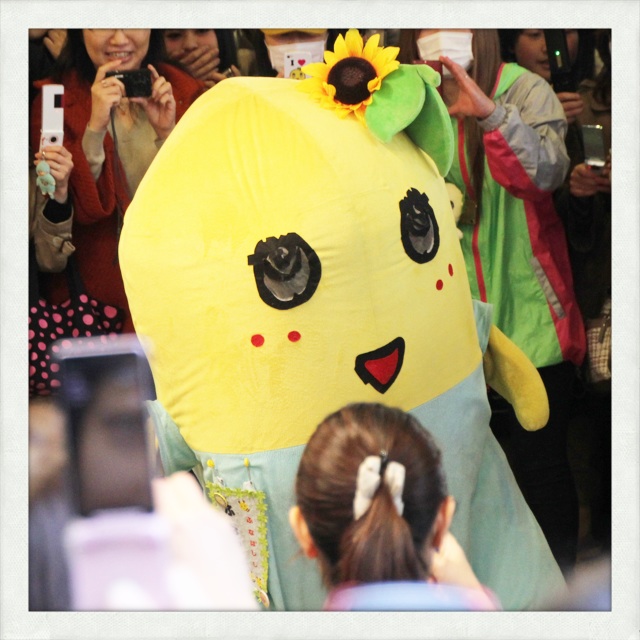 Funassyi is a Japanese mascot character, unofficially representing the city of Funabashi Chiba.

It was created by a citizen of Funabashi with the objective of cheering up local residents and to help promote its hometown.

This Japanese anime character has subsequently appeared at events and festivals, as well as on numerous TV programs and commercials, gaining popularity around Japan.

It has also issued a CD album and several singles, DVDs, starred in its own Japanese cartoon series and opened its own character goods store.

While it remains an unofficial character, Funassyi is used frequently in official events for Chiba prefecture, the city of Funabashi and Japan itself due to its popularity and high name recognition. The sweet Japanese girl, Momoko “Maruko” Sakura (and her family members) from the cartoon, Chibi Maruko-chan.

This Nippon series is written and illustrated by Momoko Sakura.

The Nippon animation series depicts the simple, everyday life of Momoko Sakura, a young girl everyone calls Maruko-chan, and her anime characters family in suburban Japan in the year 1974.

The animated cartoon series is set in the former city of Shimizu, now part of Shizuoka City, birthplace of its author.

Chibi Maruko Chan is arguably one of the best Japanese anime shows for kids on Japanese tv.  This cartoon Japanese girl is much loved by all.

We think the kids will find it hard to resist making a new friend or two in this place! 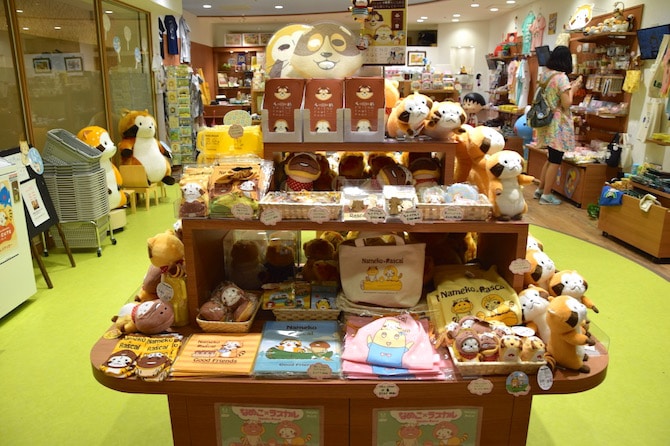 What to buy at Nipponanime Store in Tokyo

There’s a selection of Japanese baby toys, and Japanese toys for toddlers – all in these well known Japanese toy characters. 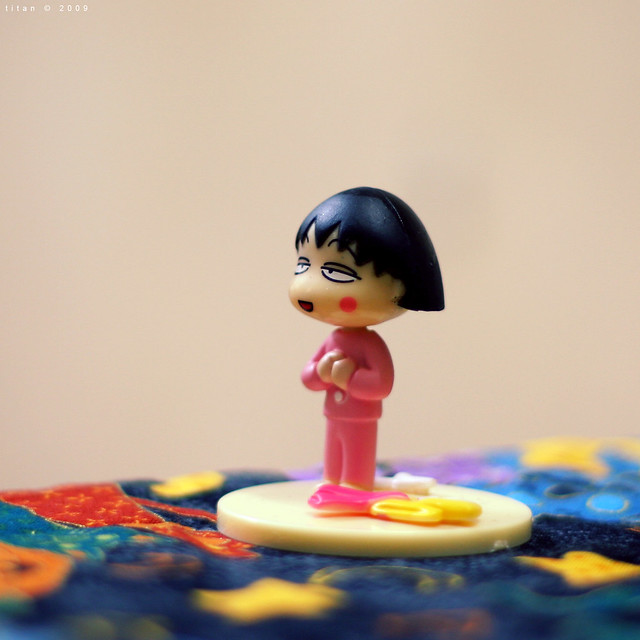 What are Japanese cartoons called?

What is Japanese cartoon art called?

What was the first Japanese cartoon?

Hakujaden (The Tale of the White Serpent) was released in 1958, and was the first full feature length anime movie in full colour.

Which is the best Japanese cartoon?

Spirited Away by Studio Ghibli, the only Japanese animated film to win the Best Animated Feature Oscar. 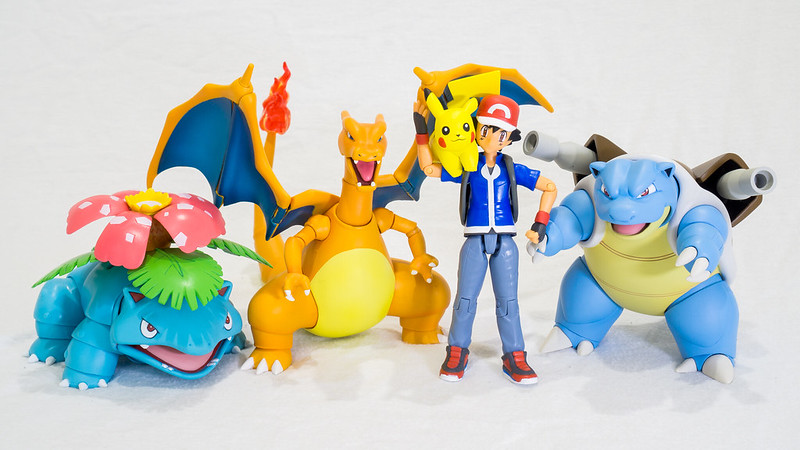 Is Pokemon a Japanese cartoon?

Pokémon the Series, is a Japanese anime television series, which premiered in Japan on April 1, 1997 on TV Tokyo.

Where to watch Japanese cartoons?

Here’s a list of the top 20 Japanese anime films you should watch.

Japanese people grow up on anime and manga, both on tv and in manga cartoons. It’s like Americans growing up on the Brady Bunch, or the Dukes of Hazard, only in cartoon form. It’s the most obvious answer to the question, why are anime are so popular in Japan?

Why are Japanese cartoons a global hit?

We think it’s because of the super cute characters, iconic heroes such as Dragon Ball Z, and simple storylines that translate across the world. Lots of people have a soft spot for anime. 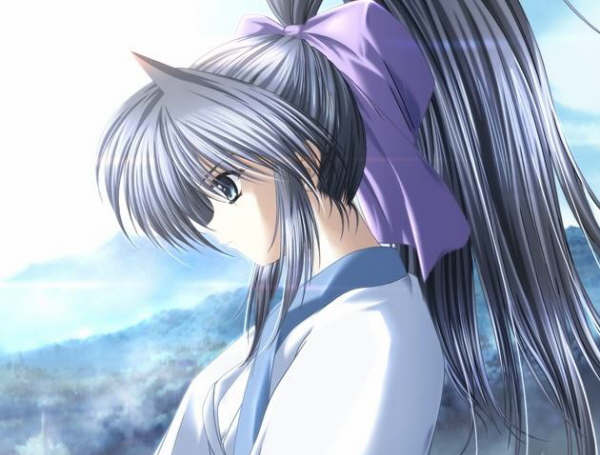 Why do all Japanese cartoons look the same?

Most Japanese anime characters have similar features, both in Japanese cartoons for kids and for adults.

It’s a particular Japanese style of animation developed in Japan years ago. This style of cartooning resonates with many of the next generation of manga illustrators and inspires them to stay true to the original methodology.

Why do Japanese cartoons have big eyes?

Here’s an interesting research article that dips into the possible psychology of this trait in Japanese cartoons.

Why do Japanese cartoons get nosebleeds?

It often happens when characters get excited—often sexually excited. It’s an odd thing for sure.

How to draw Japanese cartoons?

This is probably our most popular question.

How to get to Nippon Animation Japanese toy shop

The Japanese TV characters are super cute but if your kids don’t know who they are, the connection – and perhaps the attention span for browsing the shop – may be limited.

Looking for MORE SUPER DOOPER FUN things to do in SUNSHINE CITY Ikebukuro with kids?